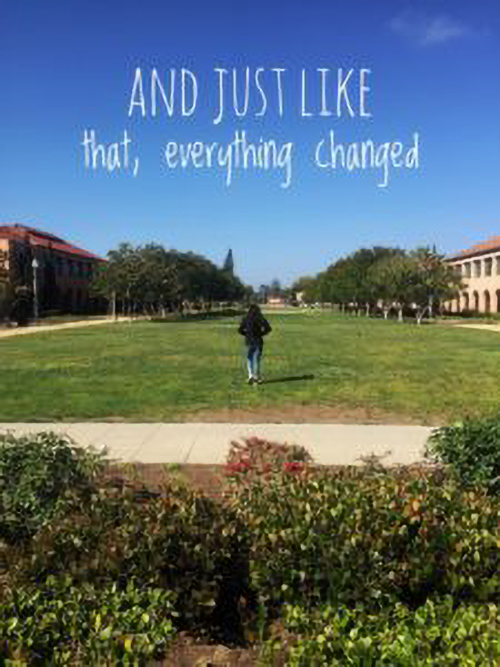 On September 28, 2016, I thought it was a regular day just like no other. I went to school then to cheerleading practice. I was the base in my stunt group so I held another girl up over my head. During practice, her foot slipped and she fell on my head. My mind went blank, everything I heard was muted, my vision went black, and I didn’t understand what was happening. I thought everything was fine. I was dizzy beyond measure, the only thing I could think to do was to sit down, and I did. After I could see and hear again normally I returned to practice and didn’t tell anyone what had happened due to the fear they the coaches would take me out of the routine. I went home feeling foggy and still aware of the underlying situation. I was unable to do my homework and I couldn’t process anything that was happening around me but still I didn’t tell anyone. I returned to school the next day, took an AP test, went through my day, and forced myself to go to cheer practice again. After practice, I started walking to my car but felt like nothing around me, or my thoughts were processing. I was in a deep fog. I went home and tried to study for three tests I had the next day and it took me two hours to complete one math problem. This is when I finally told my mom. The next day I was diagnosed with a concussion and the other symptoms started presenting themselves. My headaches caused excruciating pain. I ended up taking about 15 pills a day to calm my symptoms but nothing stopped them. I missed almost three months of school, had to drop most of my classes, and was forced to stop all extracurricular activities. I was later diagnosed with post-concussion syndrome. I am not the person I was before, I am unable to do the things I used to, and I still have symptoms. If you or someone you know is suffering from a brain injury don’t push them to get better allow time. Speak up and tell something if you suspect an injury don’t hesitate.